emarketer.com reported that globally ecommerce increased 6% in 2016. This is not directly proportional to our data, but does give an indication even when interpreted conservatively, that the growth of Finnish ecommerce was above average in 2016. 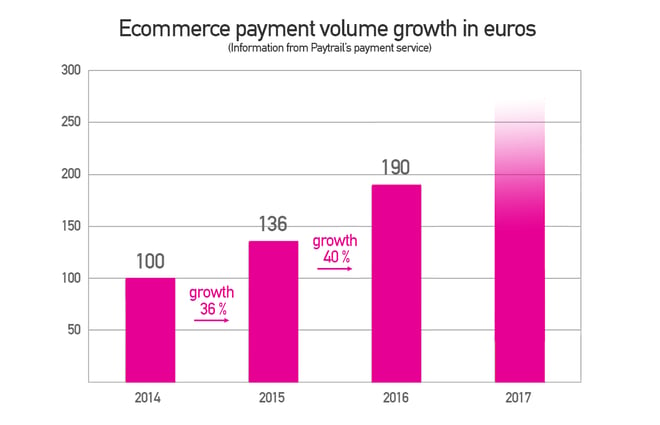 The figures have been converted into comparative figures so that the payment volume of 2014 in euros forms the index of 100 for the basic benchmark date.

The best and worst sales days of 2016

The top 5 quietest sales days of the year were as follows:

The quietest online sales days were mostly on or around different holidays. Finns don’t shop online during the holidays.

The Finnish consumer still prefers to pay by online bank when making online purchases. Even though banks have a strong role in the payment method distribution, a small shift in card payments can be seen. Likewise, the use of invoices has increased slightly, although overall their share is still quite small. Preferences still are vastly divided.